A Whale of a Camera! 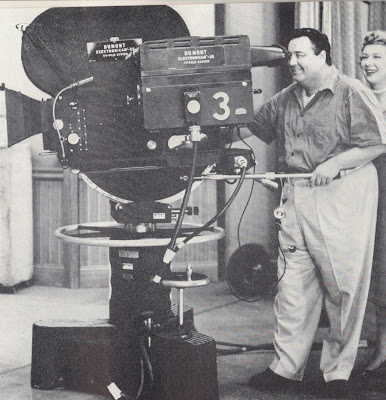 When a camera looks big next to Jackie Gleason. It must be HUGE.

For those who want more than a joke, this camera is a modified Mitchell 35mm film camera to incorporate a Du Mont Video system. According to the text, "The Honeymooners" is the first major TV Film production to use a video-film system. From what I can gather, the camera's output a video signal via the video camera, while still capturing the action on the film within the Mitchell camera.
Posted by Ryan Patrick O'Hara at 6.3.12